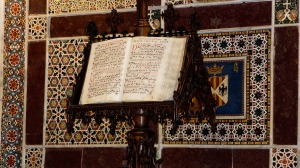 For the past few weeks, I’ve had the honor of teaching apologetics to the interns at my church under a class called Defending Our Faith. The topics have ranged from Introduction and Manuscript Evidence (see also), as well as arguments for the existence of God from the Big Bang theory, fine-tuning, morality, and evil and suffering. The next topic covered was 1 Corinthians 15:3-8, which is the earliest creed (written about here and here).

But this got me to thinking, as I’ve heard that this is just one of the pre-Pauline creeds in the bible. So what are the others? I reached out to some friends with this question, and Tim McGrew, professor of philosophy at Midwestern Michigan University and of Historical Apologetics , referred me to a list that J. P. Moreland gives in chapter 5 of his book Scaling the Secular City: A Defense of Christianity. Now I don’t have this book, but looking around on Google, I found it on Google books. Here, J. P. Moreland says:

Paul’s letters contain a number of creeds and hymns (Rom. 1:3-4;1 Cor. 11:23 ff.;15:3-8; Phil. 2:6_11; Col.1:15-18;1 Tim. 3:16; 2 Tim. 2:8; see also John 1:1-18; 1 Peter 3:18-22; 1 John 4:2). Three things can be said about them. First, they are pre-Pauline and very early. They use language which is not characteristically Pauline, they often translate easily back into Aramaic, and they show features of Hebrew poetry and thought-forms. This means that they came into existence while the church was heavily Jewish and that they became standard, recognized creeds and hymns well before their incorporation into Paul’s letters. Most scholars date them from 33 to 48. Some, like Hengel, date many of them in the first decade after Jesus’ death.

Second, the content of these creeds and hymns centers on the death, resurrection, and deity of Christ. They consistently present a portrait of a miraculous and divine Jesus who rose from the dead.

Third, they served as hymns of worship in the liturgy of the early assemblies and as didactic expressions for teaching the Christology of the church. In sum, the idea of a fully divine, miracle-working Jesus who rose from the dead was present during the first decade of Christianity. Such a view was not a legend which arose several decades after the crucifixion.

From J. P. Moreland’s list, the scriptures are as follows:

3 concerning His Son Jesus Christ our Lord, who was born of the seed of David according to the flesh, 4 and declared to be the Son of God with power according to the Spirit of holiness, by the resurrection from the dead.

For I received from the Lord that which I also delivered to you: that the Lord Jesus on the same night in which He was betrayed took bread; 24 and when He had given thanks, He broke it and said, “Take, eat;[a] this is My body which is broken[b]for you; do this in remembrance of Me.”25 In the same manner He also took the cup after supper, saying, “This cup is the new covenant in My blood. This do, as often as you drink it, in remembrance of Me.”
26 For as often as you eat this bread and drink this cup, you proclaim the Lord’s death till He comes.

6 who, being in the form of God, did not consider it robbery to be equal with God, 7 but made Himself of no reputation, taking the form of a bondservant, and coming in the likeness of men. 8 And being found in appearance as a man, He humbled Himself and became obedient to the point of death, even the death of the cross. 9 Therefore God also has highly exalted Him and given Him the name which is above every name, 10 that at the name of Jesus every knee should bow, of those in heaven, and of those on earth, and of those under the earth, 11 and that every tongue should confess that Jesus Christ is Lord, to the glory of God the Father.

Dr. Habermas says that the hymn clearly expresses the belief in Jesus’ incarnation.

15 He is the image of the invisible God, the firstborn over all creation. 16 For by Him all things were created that are in heaven and that are on earth, visible and invisible, whether thrones or dominions or principalities or powers. All things were created through Him and for Him. 17 And He is before all things, and in Him all things consist. 18 And He is the head of the body, the church, who is the beginning, the firstborn from the dead, that in all things He may have the preeminence.

16 And without controversy great is the mystery of godliness:

God was manifested in the flesh,
Justified in the Spirit,
Seen by angels,
Preached among the Gentiles,
Believed on in the world,
Received up in glory.

8 Remember that Jesus Christ, of the seed of David, was raised from the dead according to my gospel,

For the next couple of verses, Tim added this: “Moreland also lists the following passages which may contain formalized catechetical material:”  John 1:1-18

14 And the Word became flesh and dwelt among us, and we beheld His glory, the glory as of the only begotten of the Father, full of grace and truth.

15 John bore witness of Him and cried out, saying, “This was He of whom I said, ‘He who comes after me is preferred before me, for He was before me.’”

16 And of His fullness we have all received, and grace for grace. 17 For the law was given through Moses, but grace and truth came through Jesus Christ. 18 No one has seen God at any time. The only begotten Son, who is in the bosom of the Father, He has declared Him.

18 For Christ also suffered once for sins, the just for the unjust, that He might bring us[a] to God, being put to death in the flesh but made alive by the Spirit, 19 by whom also He went and preached to the spirits in prison, 20 who formerly were disobedient, when once the Divine longsuffering waited[b]in the days of Noah, while the ark was being prepared, in which a few, that is, eight souls, were saved through water. 21 There is also an antitype which now saves us—baptism (not the removal of the filth of the flesh, but the answer of a good conscience toward God), through the resurrection of Jesus Christ, 22 who has gone into heaven and is at the right hand of God, angels and authorities and powers having been made subject to Him.

2 By this you know the Spirit of God: Every spirit that confesses that Jesus Christ has come in the flesh is of God,

Tim also referred me to The Historical Jesus: Ancient Evidence for the Life of Christ by Dr. Gary Habermas, specifically pages 144-157 where he “discusses various creeds and their significance for the verification of facts about Jesus’ life.” [Quoting Tim]. Another book that I’m not familiar with and don’t have, but a search on Google led me to this copy here.

So here are the additional creeds listed by Habermas. In his message to me, Tim included some commentary based on what Dr. Habermas said in his book.

9 that if you confess with your mouth the Lord Jesus and believe in your heart that God has raised Him from the dead, you will be saved. 10 For with the heart one believes unto righteousness, and with the mouth confession is made unto salvation.

“Habermas notes that this may have been an early baptismal creed.” [Quoting Tim] 1 Timothy 6:13

13 I urge you in the sight of God who gives life to all things, and before Christ Jesus who witnessed the good confession before Pontius Pilate,

“Probably the reference here is to Jesus’ acknowledgment, in response to Pilate, that He is a king. ” [Quoting Tim] Romans 4:25

34 saying, “The Lord is risen indeed, and has appeared to Simon!”

“Jeremias (“Easter: The Earliest Tradition and the Earliest Interpretation,” p. 306) maintains that this tradition predates 1 Corinthians 15:5, and Dodd and Bultmann note the connection between the two passages.” [Quoting Tim] Acts 2:22-24

22 “Men of Israel, hear these words: Jesus of Nazareth, a Man attested by God to you by miracles, wonders, and signs which God did through Him in your midst, as you yourselves also know— 23 Him, being delivered by the determined purpose and foreknowledge of God, you have taken[a]by lawless hands, have crucified, and put to death; 24 whom God raised up, having loosed the pains of death, because it was not possible that He should be held by it.

So all of these creeds pre-date Paul and the Gospels.

One thought on “Pre-Pauline Creeds and Hymns”

theeruditepress.wordpress.com/
The Domain for Truth
Shadow To Light

...integrating Christian faith and knowledge in the public square