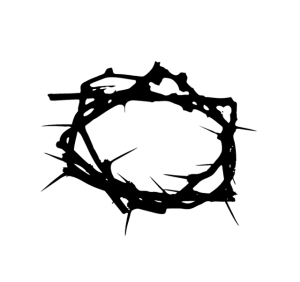 I grew up in a Christian home. Mom read the bible to us every night. My uncle was a deacon in an Episcopalian church. My perception of life was slightly altered by a few things in my early years:

I embraced the concept of the church as I understood it at the age of 7 and asked to be baptized. Everyone was surprised that I wanted to be baptized so early. But I never felt any change or anything, except for being wet. I even went to church camp a few times as soon as I was able, where I drowned one summer. (some quickly reacting lifeguards performed CPR and revived me.)

While my mom tried to raise us as Christians, dad didn’t care for it. He was an alcoholic and a workaholic. By the time I was 12 or 13, I caught on to the fact that we went to church but he didn’t, and told my mom that I shouldn’t have to go to church if dad wasn’t. I got to start staying home on Sunday mornings.

Mom and dad fought all the time, and I would pray for God to make them stop and for us to be a happy family. When mom kicked dad out of the house and filed for divorce when I was 14, I was mad at mom and mad at God. The next year, in my bathroom, I asked God to leave my life and asked Satan into my life.

In high school, I dabbled in the occult, and on into college where I got into drugs. While in college, I bought into some anti-biblical arguments, and would use them to shake up Christians when I met them. By the time I dropped out of college, I doubted that God existed anymore.

_____________________
God first made Himself real to me in during the 4 months that I lived in Dallas, Tx. I had ended up in Dallas after being kicked out of the house by my mom. I had no car and was living 3 of us in an efficiency apartment. I was severely using and mixing drugs. I was also severely suicidal, at times taking entire bottles of Tylenol to see if it would do the trick.
One night, at about 3 in the morning, I realized I needed to get out of there and was willing to do all that I could to do so. For that moment, I wanted to live more than I had in a long time. I called my sister in Skiatook, Ok, and told her what I had been doing, that I really needed help, and told her that if I didn’t get out of there, I was going to die.
She reassured me, and told me that she would call mom first thing in the morning, and one way or another, they would get me home.
After I got off the phone, I prayed to God. I grew up in a Christian home, but had turned my back on God and turned to Satan by the age of 15. But that night, I prayed. I asked God to get me out of there. I didn’t know if He was real or not, but I prayed and fell asleep.
Very early the next morning, the phone rang. It was my sister, and she said that she talked to mom, and both agreed that I needed to come home. She didn’t know how she would get me home, but she was going to look into a few things. She asked me to hang in there, and she would call me back.
No sooner had I hung up the phone did it ring again. It was almost immediately. This time, it was my cousin from outside of Kansas City. He just happened to be in Dallas for a few days visiting a friend and was just calling me to see if I had time to hook up. I told him what was up, and he agreed to give me a ride home.
I was home within a few days. I rode home in the back of a pickup, in the middle of the rain, and was overjoyed to be delivered out of that lifestyle of death. The immediacy of the 2 calls back to back, one with permission to come home, the other with the ride, proved to me that God was real.
Due to my stubbornness, it was still a few more years before I surrendered to God. Thanks be unto God for His mercy.

Even though I returned home, I still did not give up on drugs. I ended up being kicked out of the house once again, only this time to end up in Skiatook, Ok, and then to Tulsa, Ok. During this time, even though I knew God was real, I had become very anti-Christian. I got to the point that I would tell my friends, “If I ever become a Christian, take a gun and blow my brains out and put me out of my misery.”
But the deeper problem in my life was depression. I had been suicidal since the age of 5, and had even put myself in the hospital when I was 15 from an attempted OD. And now I was getting into the habit of carving on myself.
Throughout the course of my life, I had tried religion and church, therapy, the occult, and drugs, and none of them helped me. I tried religion and church during my early teen years but eventually turned my back on it and rejected it. After my attempted OD, I was sent to almost a dozen different psychiatrists, and none of them could help me. In my high school and college years, I dabbled pretty regularly in the occult. And after college, I got pretty heavily into drugs.
The thing was, none of this was helping me. I was more depressed than I had ever been. I thought that no one can help me, so I need to help myself. And I bought a book called “how to cope with depression”. I read the book cover to cover, and all it did was tell me what I already knew first hand. However, there was a phrase in that book that said “90% of depressives turn to religion for help”. I knew the occult was real, but also knew that it could not help me. God had revealed Himself to me a few years before, so I asked my mom for a bible, and started reading it.
At the time, I was working the graveyard shift at a local grocery store, and would come home every morning, get high watching cartoons until I passed out. On one particular Saturday night, work had been very rough, and I came home that Sunday morning to my regular routine. When you are working graveyard, you tend to lose track of what day it is. So this particular Sunday morning in September, I was flipping through the channels but there were no cartoons on. There was an interesting old man talking to some people, so I decided to see what he was talking about. By the time I realized that it was Oral Roberts, I was already hooked on what he was saying. (What’s even funnier about this is that I hated TV evangelists, and hated Oral Roberts more than the rest.) And the end of his show, he did an altar call, and then turned to the screen, and said, “if any of you watching by TV want to ask Jesus into your life, then get on your knees, lift your hands in the air, and repeat after me. “ And that is exactly what I did. I put my pipe down, got on my knees, lifted my hands in the air, and repeated the prayer that he led me in through the TV, asking Jesus into my heart to be Lord of my life. And I not only felt something, I heard and saw something. The only way I can describe what I saw was like gold dust coming down out of the ceiling. What I heard I can only describe as a tingling. I now know that this was the Holy Spirit, which one receives when they ask Jesus into their lives. But in my lack of knowledge of God’s way of doing things, I did not know that then. For whatever reason, I actually felt, heard, and saw the Spirit descend on me.

You can read Part 2 here.

8 thoughts on “How I Became a Christian Part 1”

Modern Fascism: The Threat to the Judeo-Christian Worldview, pg 108.
Could it be that we curse God when we curse our rulers?
So be careful how you live. Don’t live like fools, but like those who are wise. Make the most of every opportunity in these evil days. Don’t act thoughtlessly, but understand what the Lord wants you to do.
#Repost @shane_pruitt78 with @let.repost

A Biblical Worldview. Jesus is the WAY, the TRUTH and the LIFE

In a time of universal deceit, telling the truth is a revolutionary act. - George Orwell